Wills: The Case of Jenni Rivera 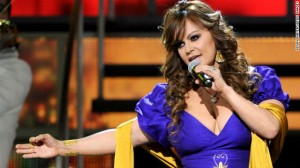 Several months ago, Jenni Rivera, a famous TV star and music artist from Mexico, died when her plane went down in Mexico on a flight into the United States. The story was quite tragic for the young and promising star, who was beginning to reach fame in the U.S.

To read more about Jenni Rivera and how she died, read this article by CNN.

When Rivera died, she was in the process of ending her third marriage with a man named Esteban Loaiza. Loaiza chose not to finalize the divorce following her death.  Loaiza claims that he is now entitled to all of her belongings and assets which are estimated to value over $25 million. Rivera, being so young, did not have any wills. In fact the only estate planning that is in known existence is a letter written to Rivera’s sister, Rosie. The letter states that Rosie is to take over her business, all of her assets and to take care of Rivera’s two children, neither of which are the children of Loaiza.

According to California law, where Rivera lived, there must be “clear and convincing evidence that the person intended the document to be a will when it was signed.” Now a legal battle between Rosie and Loazia will take place because of the absence of any wills from Jenni Rivera.

This situation shows how important it is to have wills stored in safe locations, even at a young age, so that your assets end up where you want them. Even if you don’t have many belongings, wills are valuable in settling your final wishes.